CBS All Access, a live and on-demand TV streaming service from CBS, made its name for airing the first Star Trek TV show in over a decade, Star Trek: Discovery.

CBS All Access is not only a good way to stream your local CBS affiliate network, but they offer they offer exclusive high production TV shows you can’t find anywhere else.

CBS All access is the only place you can watch the latest episodes of CBS All access exclusives like The Good Fight, Star Trek: Discovery, Strange Angel.

CBS All Access provides a way to stream live CBS TV but also thousands of episodes of season’s pasts, and much more.

CBS All Access has a lot to offer. Beyond the fewer ads and the option of removing ads altogether, CBS offers the option for on-demand streaming of over 10,000 individual episodes, and the ability to watch on multiple devices. Key features include:

Watch current seasons of hit CBS Shows: There is no need to have a cable TV subscription to catch your favorite CBS shows. CBS All Access can stream the latest episode of current seasons to your living room TV one day after airing.

You can watch the latest season of shows like Big Brother, Blue Bloods, Madam Secretary, The Odd Couple and more.

If you are on the go, CBS All Access streams to smartphones and tablets with the CBS App. It’s available on iPhone, iPad, all Android phones and Tablets, and Windows 10 devices.

Stream Classic Shows: CBS owns the rights to more shows than you would think. If you are feeling nostalgic, CBS All Access allows you to stream classics like Twin Peaks, Cheers, I Love Lucy, Wings, Taxi, and much more. Many of the classic shows are ad-free.

CBS All Access also enables you to watch every episode of Star Trek ever made. At 6 bucks a month it’s a great deal for Trekkies. You can pick the service up for a month, binge on Trek, then dump it until you get another craving.

In addition, CBS all access is going to carry some exclusive and original content. In September 2017 the new show, Star Trek Discovery premiered, with season 2 airing January 17th, 2019.

While the first episode will air on broadcast CBS TV, the remainder of the episodes will only be on CBS All Access. This came on the heels of the Good Wife spin-off which aired in February of 2017.

Overall, CBS All Access on demand has cut down a number of ads you are subjected when compared to watching CBS on cable or satellite TV. However, if you want to be totally commercial free (aside from live CBS), then you will need to subscribe to the $9.99 a month commercial free package.

As you can see, there are numerous ways to watch a ton of shows. In all, CBS All Access provides access to over 7500 episodes of TV shows.

What Devices Can I Stream CBS All Access On?

You can do it on any of these devices:

Some of the devices above are pieces of hardware that connect directly to your television and stream content via Wi-Fi or ethernet connections.

The other ones, like a phone or desktop, will need to be used in combination with another piece of hardware to stream directly to a TV.

CBS has been around for almost 40 years and have continued to produce some of the biggest hits in television history.

By including their massive library of over 9,000 shows in the service, you can be sure that there will be plenty of content for you to binge watch.

However, due to licensing issues with some of the production companies, not every one of CBS’s famous shows has a full binge worthy library. Some shows like Big Bang Theory and Two Broke Girls are only allowed to feature a maximum of seven episodes at a time.

One of the main reasons that CBS All Access has been getting more than average media attention for the past few months is due to its exclusive content. Star Trek: Discovery was launched Sept. 24 and is the first new Star Trek in over a decade.

Season one episode one for Star Trek: Discovery was launched on the normal CBS network. Immediately after the first episode finished, CBS released episode two directly to its streaming service.

By launching the second and all subsequent episodes onto CBS All Access and not onto the regular broadcast network, CBS could leverage the popularity of the series to help boost their service.

Unsurprisingly, directly after episode one’s premier, the network announced that it broke its record for most single day subscriber signups.

CBS All Access Pricing – How Much Does It Cost?

The base CBS All Access plan costs $5.99 per month, but to get rid of commercials you need to pay for the $9.99-per-month, commercial-free version.

However, this option doesn’t exempt you from advertisements while watching live TV or the so-called “promotional messaging” that accompanies select programming.

If CBS All Access is the only streaming service that carries a show you want to watch, this price is reasonable, especially if you plan to watch several previous seasons’ worth of a show.

For reference, the sixth season ofElementary costs $34.99 on both iTunes and Amazon Video. Even if it takes you a few months to watch the entire series, CBS All Access is still a better deal.

You can reduce the price pain of CBS All Access a bit by paying on an annual basis, at a discounted rate. The limited-commercial plan costs $59.99 per year, while the commercial-free version runs you $99.99.

Keep in mind that to switch from an annual plan to a monthly one, you first have to cancel your current subscription. Up to two people can simultaneously stream content from the same account. The service is available to US and Canadian residents.

There’s also an option to pay for a Showtime add-on, which includes all of the television and movie content from its own streaming service.

However, this is the only add-on option available at this time and it can only be used with monthly subscription plans. 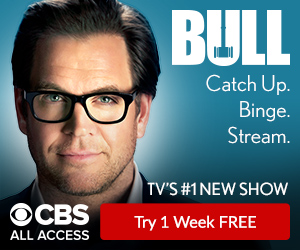 The CBS All Access interface feels crowded. Across the top, there’s a navigation menu clad in the bright-blue CBS color, with the Shows, Full episodes, Live TV, Schedules, Movies, and More (which has links to the CBS Shop, CBS News, and CBS Sports) options.

Additionally, there’s a search bar and an icon for accessing profile settings to the right side.

All Access’ User Interface is fine. No matter which platform you use – Roku, Apple TV, or an Amazon Fire Stick – the app performs adequately, but it’s nowhere near as seamless as Netflix.

The other oddity is that the All Access platform isn’t called “All Access.” If you want to check out the service, you need to download the standard CBS app, which will allow you to sign up for All Access. The CBS hub is where you’ll watch all of the shows and movies the provider has to offer.

While not a deal-breaker, it makes more sense to have a separate All Access app, like HBO does for their perspective “GO” and “NOW’ applications.

The same is true on desktop – there’s no CBSAllAccess.com (or even a redirect from that url back to the page) – you have to go through CBS.com and find the section to enjoy the programming.

As with all video streaming services, the value of CBS All Access depends on how much you use it and how much it saves you from spending elsewhere.

Given its relatively narrow restriction to CBS content, it’s a tougher sell than services with broader offerings. Still, CBS All Access hosts a huge catalog of on-demand content, is available across multiple platforms, and even throws live NFL games and news programming into the mix.

If you want to watch a few current CBS shows, binge on its vast content archives, or enjoy the occasional NFL game, then subscribing makes financial sense.